As the Executive Director of Seattle Adaptive Sports, the only organization in Western Washington that provides wheelchair basketball opportunities for both young people and adults, I wanted to share why we are such active supporters of the new Arena proposal.

Prior to the Sonics leaving town, they were an important community partner for our organization and had great influence on many of our young people. To this day, one of our teams remains the Junior Sonics! They were a great partner and provided uniform donations, player appearances, and direct financial support. As an organization, we greatly benefited from their support.

But the contribution they made — and will, I have no doubt, make again when they return — is much broader and stronger than jerseys and money. For the young people we work with, it is about giving these kids a sense of pride and self-esteem that travels with them off the court and back into their daily lives.

Each year, our youth teams were given the opportunity to play during halftime at a Sonics game. The kids would take the court and play a short game and the spectators were always on their feet, cheering our players, rooting for their shots and celebrating their points. After halftime, our kids would receive high fives from perfect strangers who weren’t focused on their wheelchair or disability, but rather their ability to move quickly down the court, dodging other wheelchairs or deftly making a shot from thirty feet away. To say that this had a positive impact on these kids would be an understatement.

I fundamentally believe that a partnership such as we had with the Sonics — and will have again when they return — is transformational for our entire community, not just the adults and youth we serve. Their partnership with an adaptive sports league legitimizes our participants as athletes. It helps to get rid of some of the prejudice of folks who may feel sorry for people in a wheelchair until they see what our players can do on the court. It provides an opportunity and audience to break down some of those stereotypes and allows able bodied individuals to see our members in a different light. 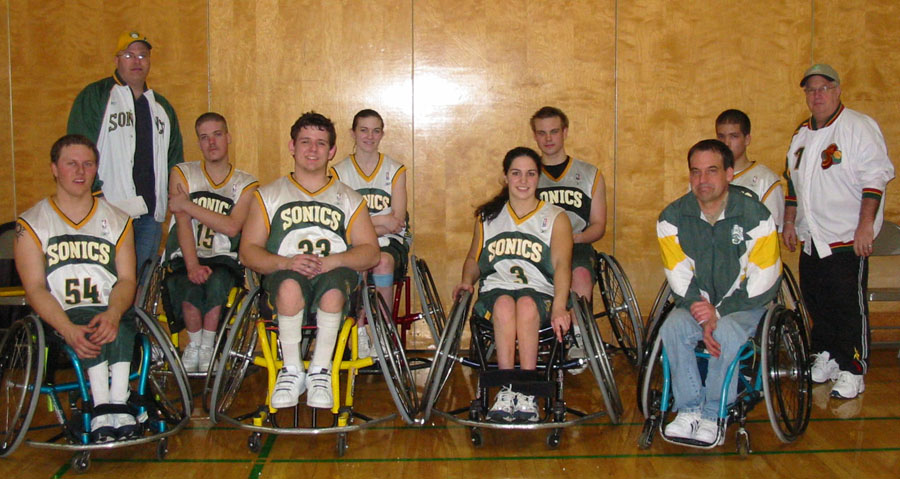 We don’t get these opportunities often. I can’t think of another venue where we have the ability to show 18,000 people the amazing skills and athletics that ten people in wheelchairs can accomplish. This opening is not lost on our members, and the possibility of the Sonics coming back is an active conversation at our practices, particularly for the young people in our program who were not around when the team was our partner. They want the Sonics back. They know what it means to them, to our organization and to our community.

The Arena proposal is a good deal for our region, for our economy and most of all, for our kids. Differently abled or able-bodied, it doesn’t matter. They will all benefit from having a team back in town that is integrated into our community. I’ve seen the positive effect the team had in our community in the past and I look forward to seeing it return.

I am quite hopeful that the next team we send to Varsity Nationals at the National Wheelchair Basketball Association will have a chance to play on a Sonics court!